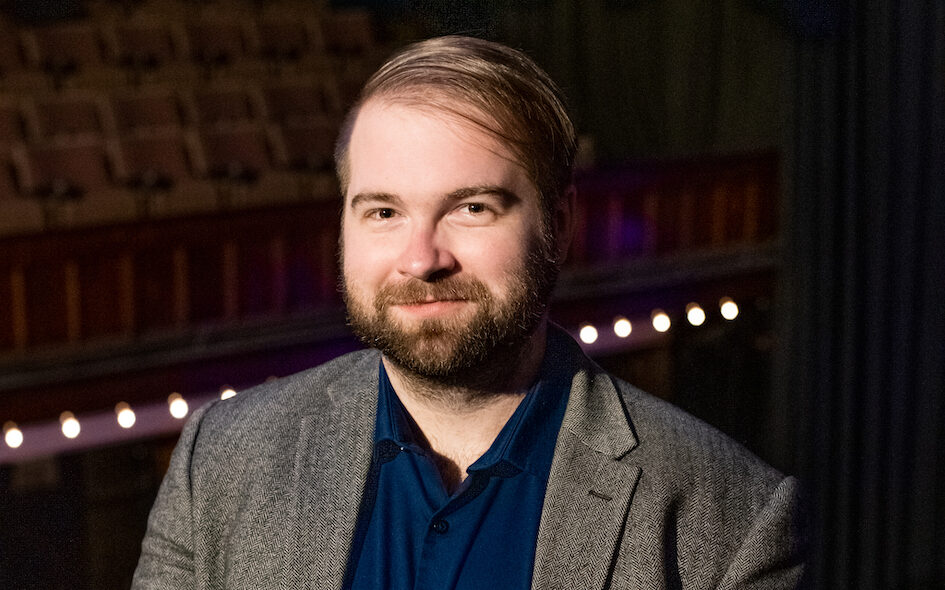 For many theatre professionals growing up in Sydney, Cape Breton, there was once a shared belief: if you wanted to pursue a career in theatre, you had to move away from home.

And that was the reality, until the opening of the Highland Arts Theatre (HAT) in 2014 led to a cultural shift in the community. With a primary focus on plays and musicals, the eclectic theatre space also offers concerts, conferences and movie nights.

“In 2014, we thought this was a borderline impossible proposition. There has never been a longstanding theatre doing this kind of work consistently since Vaudeville in the 1920s,” says Wesley Colford, HAT’s artistic and executive director.

Wesley, who grew up in Sydney and inherited a long legacy of the arts, has memories of sitting on their mother’s lap at young age as she played piano for school musicals. After moving away from home, Wesley returned in 2014 to work at on the highly ambitious project.

“Cape Breton has such a rich history of arts, culture, storytelling, dance, and music. All of those elements haven’t necessarily had a home to come to roost, and theatre I think is so perfect for that,” says Wesley. “It’s so many pieces of a magical mosaic and has given an incredible home for the incredible artists that Cape Breton has become known for internationally. Here, we’ve given them a place to grow from the ground up and cultivate their craft.”

One of those artists is HAT’s very first artist in residence, Alison Crosby. Growing up in Cape Breton, Alison studied drama since the age of 10, taking classes in acting, playwriting, and stagecraft, while also dabbling in music and political science.

“The more I did everything else, the more I found myself spending more and more time in the theatre at my school, and then eventually it just became the thing I did all the time,” she says.

Alison, whose position is funded through programs such as Nova Scotia Gaming’s Support4Culture program, explains that funding for the arts helps the HAT expand, grow and explore.

“The Highland Arts Theatre is a little bit like a playground. Going on stage and being able to tell a story I think has always been pretty magical to me,” she says. “It’s something that’s always changing, always different, and you’re always telling a different story in a different way. It’s never boring.”

Now, six years and 80 shows later, the Highland Arts Theatre is frontstage centre, offering an amenity that hadn’t existed before in the area. “It reflects the creativity of the community. It’s anything you can imagine,” says Wesley.