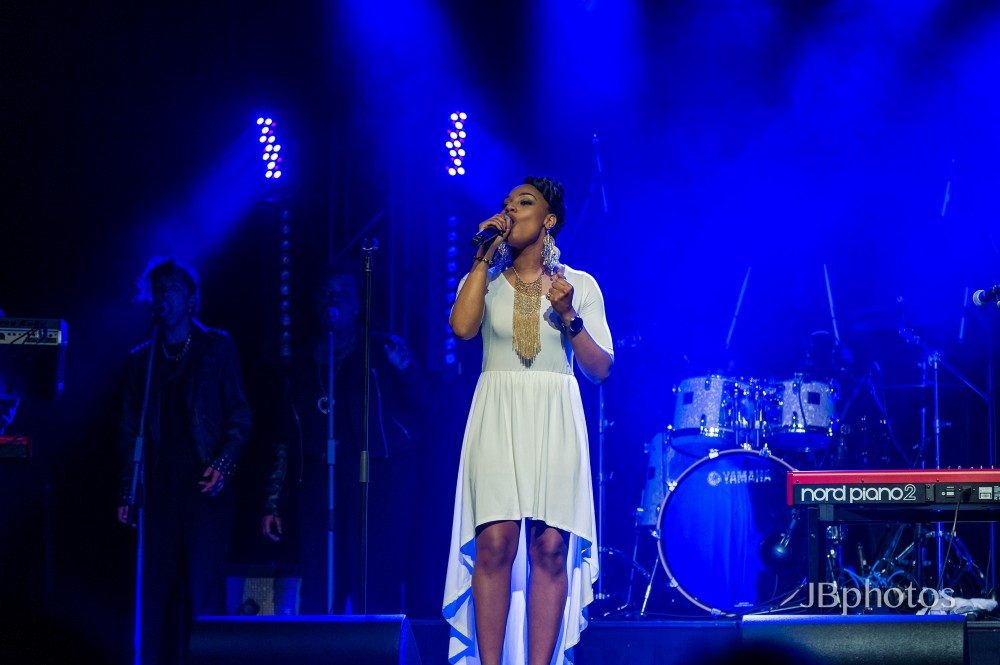 Growing up in a North Preston family where gospel, blues and R&B reigned supreme, there was no question that she would be playing piano and using her gifted voice to inspire others. Whether it was at nearby St. Thomas Baptist Church, the African Nova Scotian Music Awards or a packed Rebecca Cohn Auditorium where she earned a well-deserved standing ovation while opening for Lisa Fischer.

Her talent is undeniable, the challenge is deciding where to take it.

Over the past year, Smith has been investing in her own career, expanding her personal knowledge base and stretching her musical boundaries. Later this spring she¹ll unveil a fresh set of songs produced by Neon Dreams member and Quake Matthews collaborator Corey LeRue, just the person she needed to provide the right groove: a fresh mix of Smith’s innate R&B sensibility with a modern electronic dance sound. “People can get up and dance to it”, she says.

While making new music is an exciting fresh step, Smith is also laying the groundwork for a long-term career, expanding her skill set for performance, production and business. Not just for herself, but also to lend those skills to her fellow Nova Scotia artists and in a sense be the high tide that raises all boats.

With the help of the Nova Scotia Gaming Corporation’s Support4Culture program, which is funded by the sale of designated ticket lottery products, Smith was able to experience an artist development program in the city at the heart of the world’s music business, Nashville.

“I thank God for the grant,” smiles Smith, “I’m so grateful that Support4Culture came through for me, and that I was able to go and experience this.”

The mentorship program provided new insight into working with a band, new approaches to writing and arranging songs, and efficient methods of communicating musical ideas to producers and players.

“I’ve been spending the last few years establishing my name, but the goal now is to really capture the audience so they can put the music to the name. People might say, Oh, I’ve heard of Reeny Smith before…” but they can’t necessarily put a sound to the name.

“So creating that sound is the most important thing, so people can identify Reeny the artist by the music I¹m making.”