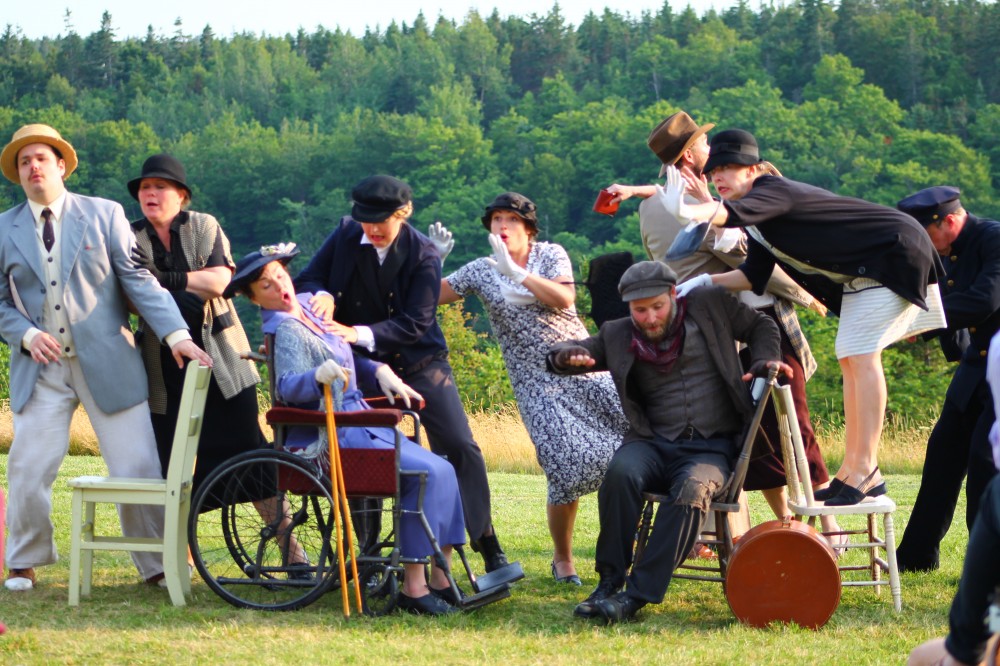 2016 is off to a good start for Two Planks and a Passion Theatre Company. As the Canning-based company prepares for its 25th anniversary season this summer, its 2015 productions of Shakespeare’s The Tempest and artistic director Ken Schwartz¹s adaptation of the Henry James novel The Turn of the Screw was nominated for 13 Merritt Awards, which recognizes theatrical excellence in Nova Scotia.

“The work was extremely well-received by our colleagues as well as by audiences, it was incredibly rewarding to get that response,” says Schwartz, whose Ross Creek Centre for the Arts overlooks the Bay of Fundy.

Schwartz says the 2015 plays would not have succeeded on the same level without additional funding from the Nova Scotia Gaming Corporation’s Support4Culture program, which raises funds for arts, culture and heritage through the sale of designated lottery products. The allocation of the funds through various programs is managed by the Department of Communities, Culture and Heritage.

“It’s like any art form, the more you invest at the front end, the more you get out of it at the other end in terms of the quality of work and the kinds of investigations and challenges you’re able to set for yourself. It’s all related to the amount of time you can set for yourself in a rehearsal hall.”

“Support4Culture has been really instrumental in helping us do that.”

For The Tempest, the funding allowed for a collaboration with Mermaid Theatre‘s Jim Morrow to create a special puppetry sequence that is unique for Nova Scotia theatre. It also paved the way for the development of the new Fireside Theatre series, which continues this summer with the tale of the famous Maritime ghost ship, the Mary Celeste.

“Support4Culture funding was really instrumental in allowing us to take the risk in instigating this new Fireside series we’re doing,” says Schwartz. “It was a significant risk for us, a major expansion of our activity, and also no one has really being doing it, as far as we know.

“It’s this notion of performing, instead of in a theatre or an outside space during the daytime, to create and stage theatre specifically for this night time format, where audience and performers all sit around the same fire. That’s been quite an important, new endeavour.”

What Schwartz appreciates about the program is how it encourages artists and artistic organizations to be bold and try new things, and allows for the freedom to take on new challenges and set the bar even higher than before.

“One of the things Support4Culture has allowed us to do is take risks in terms of content as well as the goals we set for ourselves. The ability to set somewhat lofty goals–whether you reach them all or not is beside the point–and the fact you’re always striving towards them is something that really comes through in the work.

“Last year was one of those years where I felt that not only were we able to reach our targets, we were able to set some very ambitious targets in the first place, and that’s a very great privilege to have.”